RUMNAC ® The World’s First Rum & Cognac Fusion – The Best of France and Caribbean in One Bottle!

Specially handcrafted to be enjoyed with fine cigars

First you sense the rich mellow aged molasses rum, then a fruity peak from the VSOP Single Estate cognac in the back of your mouth ending with an almost inconspicuous hint of sweet smokiness. This unique fusion spirit do not burn in your throat despite its full 40% Vol. Very smooth and silky from aroma to finish.

Close your eyes – Trust your senses!
Perfect straight-up but also in cocktails and for flambê of lobster and crêpes suzettes. 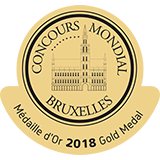 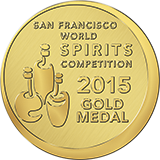 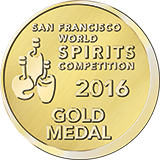 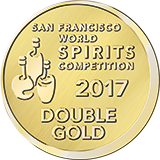 So How Did This Fusion Spirit Come Into Existence?

The trademark owner Jan Vistisen from Royal Danish Cigars has experimented for 2 years with double infusing rum and cognac into the new luxury cigar brand, however when infused with the individual spirits, the strong flavor from cognac constantly took over the milder aromas of the fine mellow rums, so in the end the only option was to blend the two spirits together. Many different blending formulas of rum and cognac were tried to find the perfect balance for the infusion of the cigars. He was so impressed by the aromas and flavors in the final blend that he decided to sip it…., in that moment it was clear that an absolutely amazing new hybrid spirit had been crafted. The trademarks were registered and the first official RUMNAC was introduced 6 months later at InterTabac 2018, which resulted in immediate success with 2000+ bottles pre-sold after 25 liters of #RUMNAC was served over 3 days for the international visitors to the world’s biggest tobacco fair. YES, that’s how RUMNAC ® was born and the double infused cigars……, well they are still aging in the humidor for release at a later date!

In 2019 we introduced our flagship Armagnac XO HYBRID ™

Are there other Hybrid Spirits?

YES, we are not the first to blend different spirits together, below rolling text with 12 official ones:

Courvoisier Rosé, an 18% abv blend of Cognac and rosé wine. Malibu RED, a fusion of Coconut rum and silver tequila launched in 2012. Grey Goose VX, made with vodka and 5 percent unaged Grande Champagne cognac. Absolut Tune, an sparkling blend of Sauvignon Blanc and Absolut Vodka by Pernod Ricard. Zaconey, Pernod Ricard product, 35% abv blend of Irish/American whiskeys and natural berry flavor. VODquila, a mix of vodka and tequila, which has snagged silver and gold medals from the 2014 International Wine and Spirit Competition. RUMquila, a mix of Island Rum from Puerto Rican and Tequila from Mexico, distilled in the Highlands of Jalisco. Piedre Almas +9, is the first mezcal-gin on the market, a double-distilled mezcal that’s been distilled a third time with classic gin botanicals. Herm Young’s Apfelkorn, a New York apple-flavored grain spirit from that he made based on a discovery trip to Germany. Teeling Hybrid Malt Whiskey, blended of 10-year-old single malts from Cooley Distillery in Ireland and Scotland’s Bruichladdich. Jinzu by British bartender Dee Davies, who created a gin-sake hybrid for Diageo’s inaugural Show Your Spirit competition in May 2013. Jaloviina, , oldest of them all... nicknamed Jallu, A.K.A "poor man’s cognac" is a Finnish grape and cereals "cut brandy" made with wine since 1932.

RUMNAC ® is a registered trademark in Europe No. 017872889 and under reg. in USA No. 88024598. However BNIC – A.K.A. “The Cognac Guardianship” and their international lawyers demanded us to change name and attacked our legally produced RUMNAC and labels at our producer Vinet-Delpech without warning. BNIC also wrote directly to USPTO to prevent the RUMNAC trademark from being published in the USA, their activities meant the first publishing in March 2019 was called back, but the additional investigation found ZERO reasons why RUMNAC should not be published. BNIC never attacked our EU trademark, but only in US, read trademark opposition here. To avoid a costly court case in the USA with BNIC and the French Institut National Des Appellations d’Origine we decided to change name to ARRUCO

To learn more about all my other products visit www.janvistisen.com